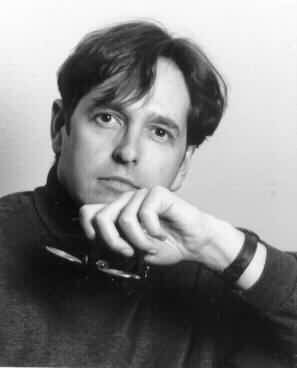 Douglas Bostock, born in England in 1955, is one of the outstanding British Conductors of his generation. In 1991 he was appointed Music Director and Principal Conductor of the Carlsbad Symphony Orchestra, one of the leading orchestras in the Czech Republic, a position from which he resigned in May 1998. He has been Principal Guest Conductor of the Chamber Philharmonic Orchestra of Bohemia since 1991 and is Permanent Guest Conductor of the Munich Symphony Orchestra since 1997. He is a former pupil of Sir Adrian Boult and he had a close working relationship with Bryden Thomson. He is currently recording a series of British music for the Classico label.


Richard Adams: Whose decision was it to include Bax in your comprehensive “British Symphonic Collection” for the Classico label?


Douglas Bostock: I suggested we record Bax to the president and executive producer of Classico, Peter Olufsen. He knew about Bax and he agreed with me that Bax, as a major figure in British music, should be included in our series.


RA: Did you have any particular interest in Bax before doing the recording?


DB: Maybe more an inquisitive interest and fascination than an abundant knowledge. I’ve known and heard quite a lot of Bax’s music but I would not considered myself a “Bax buff.”


RA: How did you chose the programme for the Bax CD?


DB: First we decided the CD should only be of Bax because Bax warrants that. It was clear that to be representative we needed to include a symphony and then to be true to the line of the series we needed to include something unrecorded. I fancied the idea of a well known piece and chose Tintagel, a work I’ve known for a long time and have always admired. And although there are several recordings of it, that didn’t disturb the idea of doing it again. As for which symphony to do, I was thinking about the Third because I’ve known it and heard it more than the others. But I also felt strongly of the importance of the Sixth which I believe has been less recorded than some of the others, certainly less than the Third and of course the Sixth has the reputation of being one of his strongest symphonies.


RA: Do you believe it is his strongest?


DB: Certainly it’s amongst his greatest works. I wouldn’t want to say which is
ultimately the greatest – if that indeed is possible.


RA: How did you come across Overture to Adventure?


DB: Just by a process of elimination. Because in this series we want to put at least one previously unrecorded work onto each CD, we needed to find something by Bax that hadn’t been recorded before. We also wanted something shorter because we knew there wouldn’t be much room after the symphony and Tintagel so I was thinking that something like an overture would be nice, and then I just happened to find Overture to Adventure in a catalogue of orchestral music. I didn’t know the work at all. I ordered it and the other works from the publishers and was very much helped by the people at the
Chappell/Warner library. The Overture to Adventure was an absolutely virgin score. No one had ever used it before.


RA: What challenges does Bax pose to the conductor?


DB: Multiple challenges I would say because his scores are complex. He’s usually using quite a large orchestra, and by that we are talking about triple woodwind and full brass, percussion, harp and a sizable string section often divided. With Bax you get those very complex and personal harmonies and a kind of Straussian texture with abundant chromatics, doublings and complex polyphonic lines going on all at the same time. So it’s not easy to disentangle. It’s like going through a thick fog, trying to find your way. You have to decipher what are the principal lines and with the doublings you have to work out what should be most dominant, which colour and so on. The string writing is often like Strauss because of its chromatic complexity. You’re faced with lots of difficult, meandering lines. And then there is the question of tempo; where’s the music going and what should be the right pulse and the right colours and the right light or shade to make it clear. These are not scores you can just open up and start. Clarity of the composer’s intentions is paramount for me. It’s important to be able to hear everything and not to be swamped by a mass of sound.


RA: Bax structures are often criticized for being rhapsodic. Do you agree?


DB: No. Each piece of music has its own structure, doesn’t it. To say weak or
strong…these are very subjective words which, of course, stem from the perceptions of the person who describes them as such. Sometimes it may be a question of the balance of the orchestra or the tempo which determines whether the structure will work. It is very difficult to say on paper whether this is good or bad until you’ve heard it performed. I know what is meant about this “rhapsodic” nature in Bax, but let’s say it’s maybe a point that needs particular attention on the part of the conductor. There may be some academic reason for saying this but I’d be a little guarded about making too general a statement about weak structures in Bax’s music. Generally, it works very well. Again, it’s a question of finding the right balance, tempi, colour, pace and so on.


RA: You worked with the Munich Symphony Orchestra for these recordings. How did they respond to playing this music?


DB: By chance a few of the players in the orchestra are British. I remember the
principal cellist told me he had played a Bax symphony as a student but for the rest of the orchestra this music was unknown and quite a challenge. When they saw so many pages of music that is of such complexity, they could not imagine how it would work out. The Munich Symphony Orchestra is a quick working orchestra both in terms of getting the notes right and in getting to the soul of the music. I remember the orchestra finding this music very satisfying. They found themselves being drawn into the music and being in the midst of something very important. The producer of the disc, Jiri Gemrot, didn’t know Bax at all but he left those recording sessions feeling uplifted. After the sessions he told me he thought he had just heard one of finest symphonies of this century – and he’s a composer himself, one of the leading Czech composers of his generation, in fact.


RA: You’ve been closely associated with several prominent Baxians including Boult, Groves and Bryden Thomson. Do you recall them discussing Bax with you?


DB: No, not that I can remember. There may have been the brief mention but I don’t recall anything specific being said.


RA: One of your mentors was Bryden Thomson who recorded all the Bax symphonies. Have you heard his recordings and what is your opinion of them?


DB: The first thing that should be said is that it was a pioneering effort to get all the symphonies and tone poems done. Jack, in his usual professional way, was able to get into the music and produce beautiful playing from the orchestra. It’s a wonderful achievement. Of course in hindsight it’s very easy to say this could have be done differently or better, but he was out there in the forefront doing it and one can only say “bravo” to that.


RA: Do you think Bax might become anything other than a fringe composer?


DB: Yes. I think he could become “major fringe.” I don’t think he’s ever going to go into the concert halls like Elgar or Strauss. His message is very personal and his music is not easy to play. The big forces required to play a Bax symphony make them rather expensive to do. Managers are going to ask what are the rewards in comparison to the investment required to rehearse and perform these symphonies. But I think the music is going to go somewhere and will become better known in Britain as well as internationally. It’s a voice that people will learn to listen to. Bax does, however, require several listenings to appreciate.


RA: Do you have any desire to perform or record more Bax?


DB: I would love to do more Bax, but right now I don’t see the possibility of recording another Bax disc because we’re in the middle of doing this British cycle, and Bax has already had his shot. But in the coming years, I would deeply love to record more. I’d also love to play some Bax in concert. I don’t think it’s too difficult to programme Tintagel or one of his shorter works. I’d also love to do one of the symphonies or Garden of Fand but I’d have to have a good orchestra, decent acoustic and sufficient rehearsal time.


RA: What can we look forward to in the Classico series?


DB: We have the world premiere recordings of Arthur Butterworth’s First Symphony and Ruth Gipps’ Second Symphony, which are about as rare as you can get. Then we’ll be making the world premiere recording of Gustav Holst’s Cotswolds Symphony in May. We’ve been given the permission and blessings of the Holst Trust to do this. It will be a sensation, I’m sure. We will have a disc devoted to Sir Malcolm Arnold, the programme of which we haven’t yet finalized but it will include at least three premiere recordings! Other composers we have lined up include York Bowen, Montague Philips, Coleridge- Taylor and a few living composers. Oh yes, and we may have some Havergal Brian and Sir Arthur Bliss too!