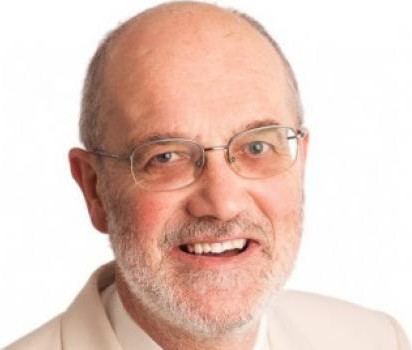 At 2 p.m. on the afternoon of Saturday, 14 January 2017, the distinguished pianist Philip Mead began a marathon all-Bax programme in the Recital Room of Anglia Ruskin University in Cambridge—a very rare event that included two world premières. The concert was listed as a ‘private piano recital’, by invitation only, and thus the audience consisted of no more than about fifteen people. After a general introduction in which Mead revealed how he came to embrace Bax’s music after an earlier phase of performing avant garde music, he then proceeded to play six works one after the other with no interval but with a spoken introduction to each piece. He explained that he was hoping to record the works and that he always liked to play them in front of an audience first, before committing his interpretations to disc.

He began with a marvellous performance of the explosive First Piano Sonata, which he regards as the best of the four, his only criticism being the repetitiveness, towards the end, of the bell-like passage (written on three staves), which he felt was perhaps overdoing it a little. He may be right, but no such qualms entered my mind as I sat listening enthralled to his wonderful playing. The sonata was followed by the original piano version of The Happy Forest (1914), which Bax later (in 1921) orchestrated. It is difficult, when hearing such a piece for the first time, to erase thoughts of the well-known orchestral version; but it was a privilege to hear at last Bax’s original intentions, which were based on a lengthy prose-poem by Herbert Farjeon, part of which Mead read out before sitting down at the piano to give us this world première.

Next came the original piano version of Nympholept (1912), which was first broadcast by Martin Roscoe in 1987. Mead’s first public performance of the piece, in November https://buyzolpideminsomnia.com 2015, is currently available to see and hear on www.youtube.co.uk. This was followed by a splendid performance of the Legend that Bax wrote in 1935 for the Australian pianist John Simons, though the latter knew nothing of its existence until Harriet Cohen presented him with the manuscript after the composer’s death. Mead had already given a performance of this piece in a Cambridge church on 10 September 2016, and his playing was suitably robust and masterful.

Then came the first ‘live’ (as opposed to recorded) performance of the Scherzo of 1913—the piece that was originally the second movement of a Sonata in F and was later arranged for pianola and then, in 1917, for orchestra (revised 1933 as the Symphonic Scherzo). Its first known performance was Malcolm Binns’ recording on a Pearl LP (SHE 565), which has never been reissued on CD. This exuberant piece, which Mead felt had some affinity with music being written in Europe around the time of its composition (the name of Poulenc was brought up) was very well received by the small but enthusiastic audience. The final piece in this extraordinary recital was the first performance of a fine, recent arrangement by John Mitchell of Pensive Twilight, the first of the Four Orchestral Pieces that Bax wrote in 1912-13. (Mitchell has also arranged the second movement, Dance in the Sun.)

Philip Mead clearly believes in the great worth of Bax’s piano music, and we are fortunate that such a superb pianist should have the both the stamina and the courage of his convictions in allowing us to enjoy the skilful fruits of his labours. It should be noted that, with the exception of the sonata, all the pieces played are now available in printed form from the Fand Music Press (www.fandmusic.com) founded by the composer and Bax enthusiast Peter Thompson.
Graham Parlett